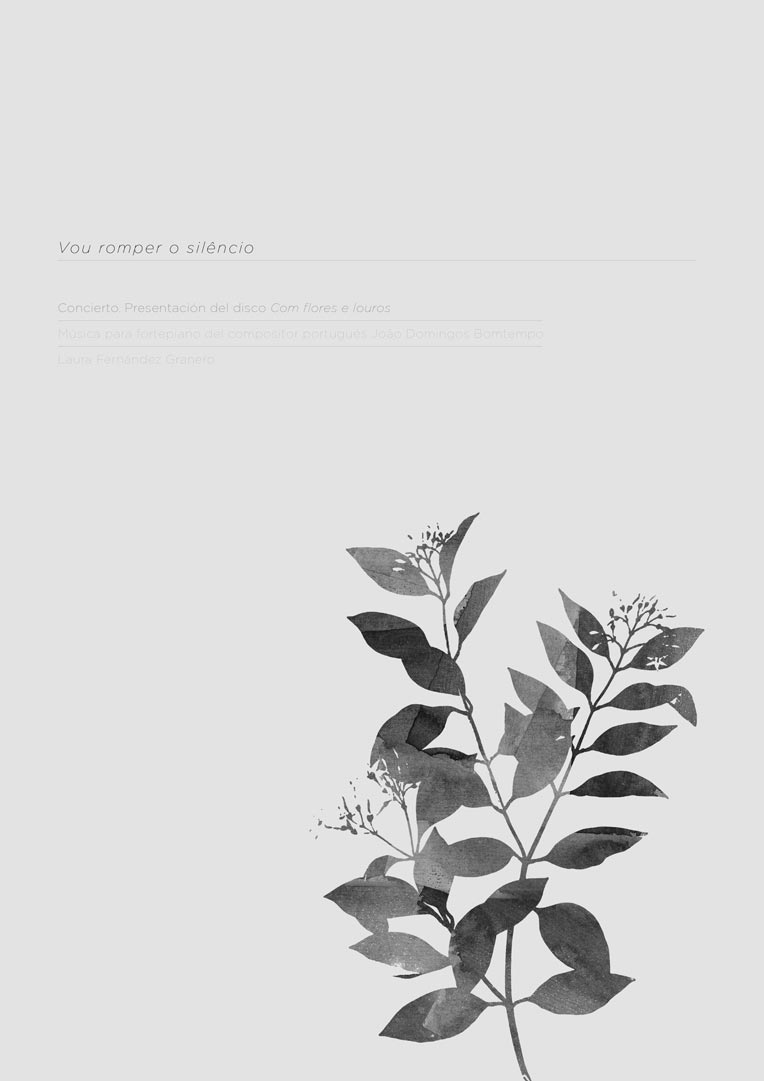 This concert will serve as a presentation to the recording “Com flores e louros” recorded in summer 2018 in the Palace of Queluz, gave financial support, together with the collaboration of the violinist Antonio Viñuales. The recording will be released in 2018, being the first to revive Bomtempo’s works with historical instruments.

João Domingos Bomtempo (1775-1842) was, without doubt one of the most important musicians in the history of Portuguese music. Pianist, improviser, besides being a talented composer himself, he was attracted by the new ideas of the Enlightenment. He left his native Lisbon and went to Paris and London in search of fame, recognition and inspiration in the new musical aesthetics. He was acclaimed by the public in both cities, receiving rave reviews both for his performances and compositions. His work for solo piano includes numerous sonatas and variations where which one can see his extreme virtuosity, his boundless fantasy and his innovating character. Today however, Bomtempo’s music goes unappreciated outside Portugal, as it is practically unknown and rarely programmed. 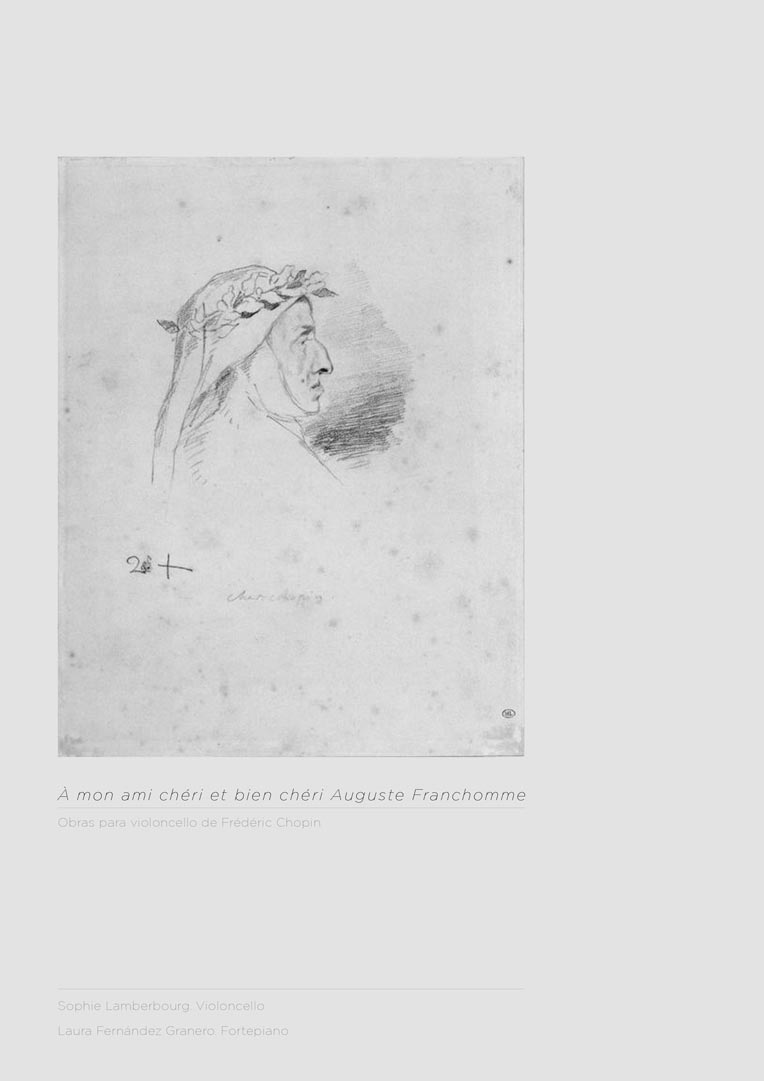 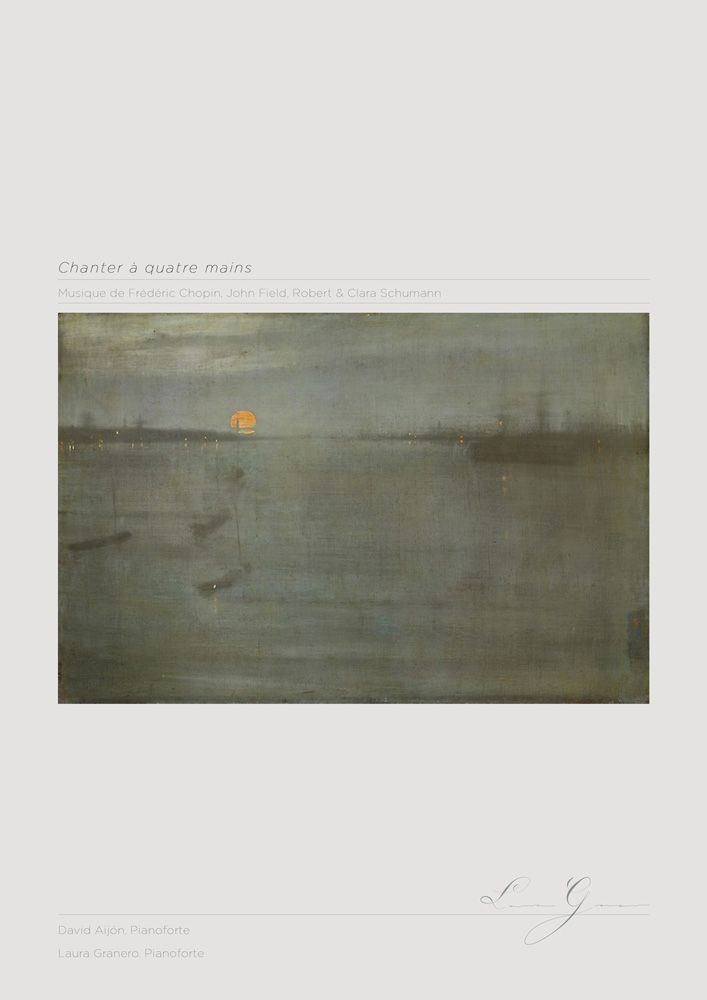 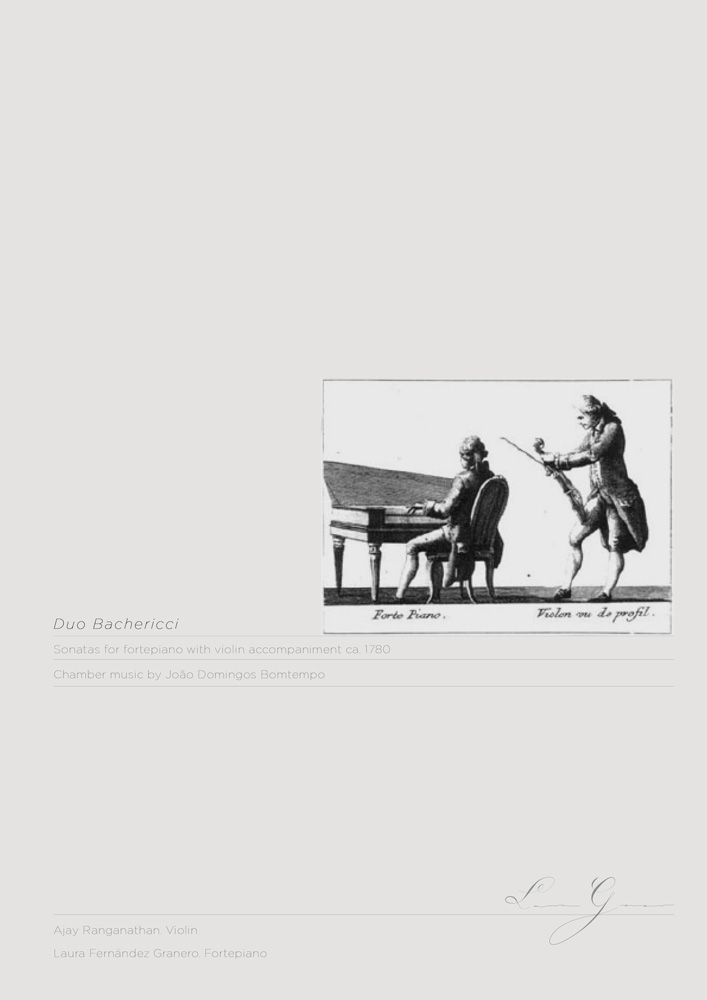 During the second half of the 18th century, a new genre starts to have a remarkable success: the sonata for a keyboard instrument with violin (or flute) accompaniment. This genre had a double origin. On one hand, it descends from the sonata for obbligato harpsichord and a melodic instrument, which had a written out fixed part, and so had a more soloist role for the keyboard, being different from those works written for basso continuo. On the other hand, it arose from the performing practice of improvising a melodic line, generally by a violin, to a sonata or work for solo keyboard. This practice, improvised in origin, had a pedagogical aspect – various sources from this era mentioned the importance, during a young keyboardist’s training, of receiving help from a violinist in order to “play with assurance” (that is to say, adding an improvised part to a solo work). It also had a professional aspect: this help
was not only received by the piano teacher, who generally was able to play the violin as well, but also from professional violinists who played at salons as “accompanists”, whose work was highly praised at this time. The Méthode ou recueil de connaissances élémentaires pour le forte-piano ou clavecin (“Method or selection of elementary knowledge for fortepiano or harpsichord”) is a good testimony of this pedagogic practice. It was written by Francesco Pasquale Ricci (1732 – 1817) together with Johann Christian Bach – it contains a selection of works intended for the fortepiano learning, alongside a violin part that is meant to be played by the teacher in order to help the students, as Ricci himself did during his lessons. (…) 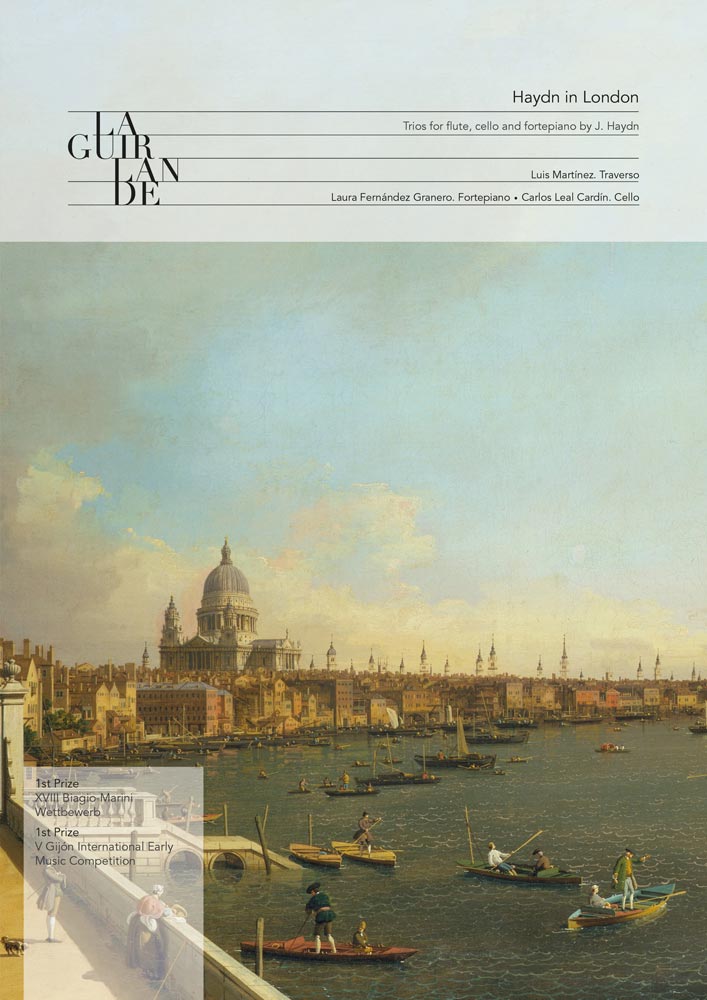 Trios for flute, cello and fortepiano by J. Haydn

In November, 1789, John Bland – one of the three most important music publishers in London – William Forster and Longman & Broderip – who were struggling to corner the market in printed scores- travelled to Esterhaza, where he met Joseph Haydn. In this encounter, Haydn undertook to write for Bland, three works which we can hear in the programme we present today, two of which –the trios Hob- XV, 16 in D Major and Hob. XV, 15 in G Major- would be published in the summer of 1790, leaving the third – Hob. XV, 17- to be published shortly afterwards.

The distinctive feature within these works comes from the fact that, of the 45 trios for piano composed by Haydn, only the three we present here are written for piano, flute and cello, the other 42 being intended for piano, violin and cello. In fact, in a letter written by Haydn on the 11th January 1790, he mentions Bland commissioning from him several piano sonatas whose accompaniment was intended for violin (instead of flute) and cello. We do not know reasons he might have had for substituting the violin for the flute. However, we can only speculate around the possibility that the reputation the flute had gained amongst amateur musicians throughout Europe could have played a decisive part in this final choice, since it was precisely for this market
music was intended. A market that, in spite of its amateur character, has produced true musical gems such as the ones we will hear presently. 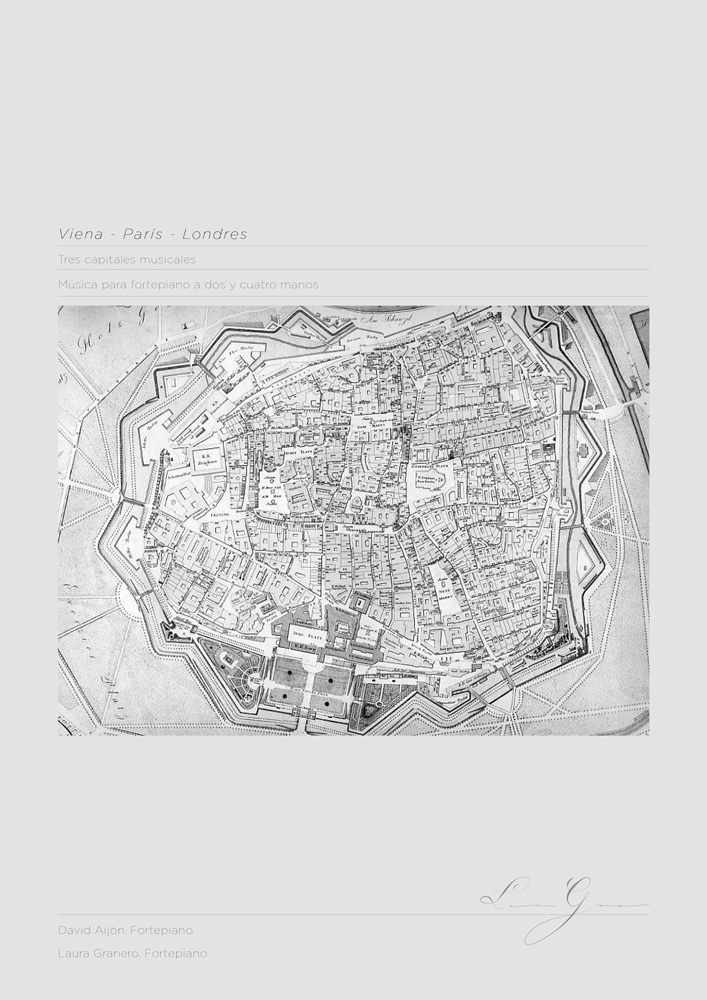 Vienna, Paris and London were three important musical capital cities at the turn of the 19th Century. They were artistic centres where composers wrote their music, and where there existed an exchange of ideas with those who travelled there. From these encounters came the great admiration Bomptempo had for Beethoven, who in turn, held high regard for Clementi and his English school which influence on Mozart. As well all this was the celebrated admiration Schubert had for Beethoven.

The present progamme – a Vienese repertoire of works by Mozart, Schubert y Beethoven which today, are relatively unknown. They were produced both in London and Paris, capitals with a similarity in their musical aesthetic as well as in the manufacture of instruments. Muzio Clementi and John Field lived in London for years, travelled together in Europe and, on their visit to Paris, met the young Portuguese musician Joao Domingos Bomptempo, who move to London years later, where he would nurture an important friendship with Clementi. The pianist and composer at the Conservatory, Hélene de Montgerould, lived in Paris for a great part of her life, where she received lessons from Clementi, and taught the young Cramer for some time.

At the same time, music composed in Vienna by Haydn and Mozart was enjoying great popularity in Paris and London, with Haydn’s symphonies being among the most performed in concert in Paris during the first two decades of the 19th Century as were Beethoven’s, although to a lesser extent. 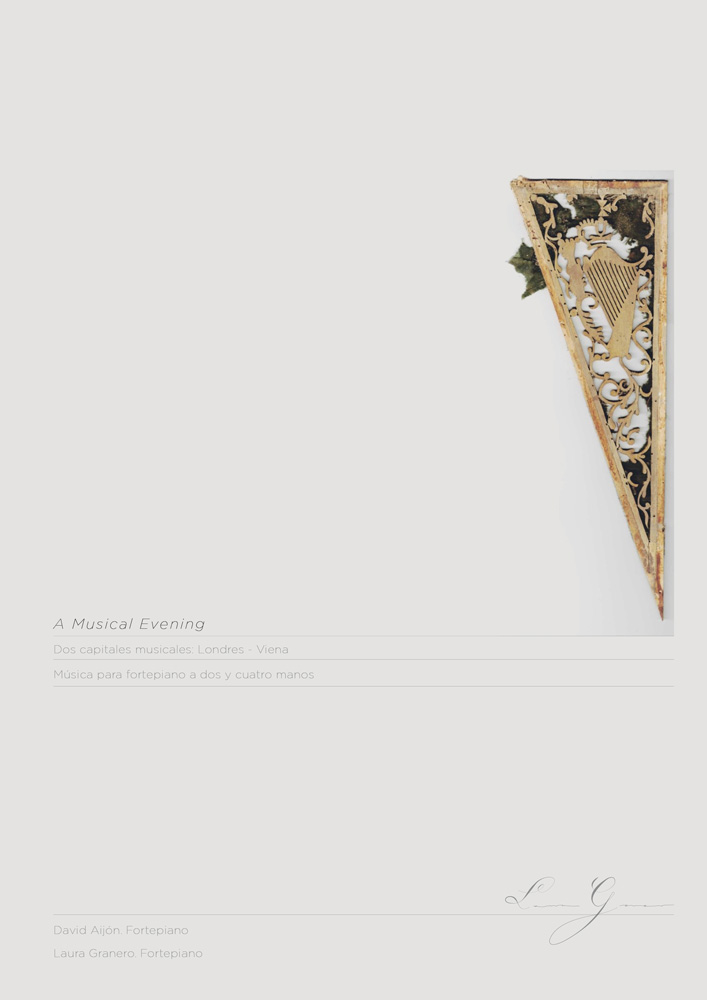